With so many organizations to choose from, you may ask yourself why the Jersey Cardinals.  For starters, we are one of the largest and most successful girls AAU basketball programs in the state of NJ. We are nationally recognized as the best recruiters and developers of TOP talent in our area. 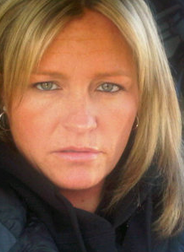 Our program founder and president, knows what it takes to succeed as a scholar athlete. She is New Jersey’s All-Time leading scorer (for both women and men) with 3,899 high school career points. NJSIAA Hall of Fame Class of 2019 Inductee.  She is a Kodak All-American, a USA today All -American, a Gatorade NJ Player of the year and a 3-time Parade All-American. She played Division 1 College basketball and as a member of the 1993 UVA ACC Championship Team and a member of the NCAA Elite 8. She also led Rutgers in assists, 3-point shooting and foul shooting. After college, Kristen began to build the Jersey Cardinals organization and has been developing top talent ever since.  Twelve years ago, she began with two teams and has grown the organization to 8-10 teams annually.  She is the author of Knack Coaching Youth Basketball, the first full color, quick reference, visually organized guide to the game which is used by AAU coaches nationwide. The Jersey Cardinals players also benefit from the expertise of the organizations co director, Mary Klinger.

Mary is the Head Coach for the Rutgers Prep Girls Varsity Basketball team. She has captured 10 Prep B state championships and 5 Somerset County Tournament championships.  She was a member of the 1982 Rutgers National Championship Team, a Nike All-American Camp Director, a Selection Committee Member for the WBCA & McDonalds All-American Team. In addition, she was a McDonald’s All-American Team Head Coach in 2011 and an Assistant Coach for the 2014 USA Basketball Women’s U17 World Championship Team. And last but not least, she is a Nike Skills trainer and coaches the Jersey Cardinals 8th grade team. 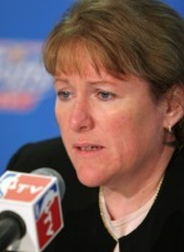 Pat Coyle has amassed more than 20 years as a Division I basketball coach. She was the head coach of Saint Peters between 2013 and 2018, Head coach of Loyola University Maryland  from 1992-1998 leading the Greyhounds to the Metro Atlantic Athletic Conference Championship and NCAA Division I Tournament in 1994 and 1995.

Patty served as an Assistant Coach for the University of Pittsburgh Panthers women’s basketball team, University of Miami, Rutgers University and St. Joseph’s College. Coyle spent 6 years as the Assistant Coach in the WNBA with the New York Liberty beginning in 1998 and was the Head Coach of the Liberty in 2004 leading them to playoffs in 2004, 2005, 2007 and 2008.

Coyle was a star basketball player at Rutgers University, from which she graduated in 1982. She was named to the Rutgers Athletics Hall of Fame in 1993.

The wealth of experience and knowledge of the game from the Cardinals directors comes through in the program. Players receive extensive skill work, learn team concepts and sportsmanship. Although it’s a team sport, each player is held individually accountable for their own development and are taught responsibility and discipline. The Jersey Cardinals employ coaches who are committed to developing each player to their highest potential. Regardless of how far into the future your daughter wants to play basketball, if she works hard, she will improve in this program.

Kristen, Mary & Patty have long standing and highly respected relationships with college coaches at every level (Divisions 1,2 & 3). The Cardinals program has sent scores of kids on to play at the collegiate level.